All Set for Growth: Fintech on Brink of Rapid Expansion

The fintech industry in the Gulf Cooperation Council (GCC) region looks well placed to enjoy a period of substantial growth. Despite widespread smartphone penetration, the unbanked population is still relatively high. Regional governments have spotted the opportunity and have introduced regulation to advance the fintech market. International companies have also taken note, as the recent minority stake purchase in stc pay by Western Union demonstrates. This news is likely to stimulate further investment and accelerate the development of the market. However, what that market will look like exactly is still open to debate.

The conditions for fintech growth in the GCC region are ripe. Smartphone penetration is at 96%, well above the global average of 58%. However, fintech has not developed at a similar pace. The global share of mobile payments in the GCC is growing, but still far behind other regions (such as Asia Pacific).

Even though the GCC is catching up with developed markets in terms of financial inclusion (around 22% of the population in the GCC is unbanked, compared to around 60% in North Africa), many have now started to turn to smartphone transactions. This was particularly evident during the COVID-19 crisis, where cash transactions were not always convenient or possible. In a recent PwC survey of more than 1,000 respondents in the United Arab Emirates, Saudi Arabia and Egypt, 53% said they had used smartphone payments for online deliveries during the pandemic. Moreover, more than 90% of those that did so reported that they would continue using smartphone payments even after the crisis had subsided.

Regional governments have understood the scope for rapid fintech growth and have sought to introduce regulations to facilitate market development. Saudi Arabia, for example, aims to reach an e-payment target of 70% by 2030. The government has brought in several measures to make this target achievable, most notably a national QR code for payments in the country. In 2019, Saudi Payments (representing the regulator, Saudi Arabia Monetary Authority (SAMA)), signed a memorandum of understanding to this effect with twelve parties (nine banks and three fintech firms).

In January 2021, another significant development came to light with the announcement that SAMA is planning to go live with its open banking initiative during the first half of 2022. This move is expected to see the rise of various fintech services, creating increased competition and choice for consumers.

Bahrain has also been very active in this regard, putting in place regulations to cover regulatory sandboxes, open banking, crypto-assets, and robo-advisory and payment services.

The potential of the GCC fintech market has not been lost on international companies. In November 2020, it was announced that Western Union had agreed to buy a 15% minority stake in stc pay at an overall valuation of US$ 1.3 billion (a 10% stake at US$ 133.3 million, and a further 5% at $66.67 million if stc pay manages to obtain a digital banking license). The transaction is expected to close during the first quarter of 2021.

This transaction will be a boon to the Saudi authorities in their bid to increase the value of the national fintech market to US$ 33 billion by 2023. In particular, it will further strengthen the “payments and currency exchange” component, which accounted for 41% of the total Saudi fintech market in 2019.

With stc pay becoming the first fintech unicorn (valued at more than US$ 1 billion) in the Middle East, the high-profile minority stake purchase marks a symbolic watershed in the development of the regional fintech market, and brings its potential to the attention of even more international investors seeking opportunities in new territories.

The deal will allow stc pay itself to shift its focus towards global expansion. Although the two parties have been engaged in a strategic partnership since October 2018, Western Union’s newly acquired formal shareholding will strengthen its incentive to support this expansion.

As a result, stc pay’s 4.5 million customers will have access to cross-border financial services. For example, they will be able to send remittances to other customers’ e-wallets in Africa, Asia, Europe and Latin America through Western Union’s partners, or by using its extensive network of agents for cash transactions.

Given that the e-wallet market occupies such a significant share of the overall fintech sphere, this landmark deal offers an opportune moment to take stock of its current status in the region and consider its future direction. Two paths are possible:
First option: The regional e-wallet market will follow the same trend of consolidation witnessed in mature markets. Several e-wallets have been discontinued in the United States during the last few years, including Citi Pay, Wells Fargo Wallet, Chase Pay and Capital One. Many banks have bowed to intense competition from popular digital wallets such as Apple Pay or Google Pay by integrating with them instead. In Europe meanwhile, pure payment players such as Worldline, Worldpay and Ingenico have acquired multiple targets in recent years, helping them to increase transaction volumes and expand their range of services.

In the GCC region itself, consolidation would largely stem from a shortage of relevant capabilities, like leading-edge technology platforms or research and development, within individual companies. After all, the market for the various elements of the fintech market, such as e-wallets, near-field communication, blockchain and virtual reality, is only embryonic. Moreover, although traditional banks have become stronger in data analytics, many have prioritized investment in compliance over capabilities, although data and open APIs are likely to emerge as top of the agenda following the open banking announcement. 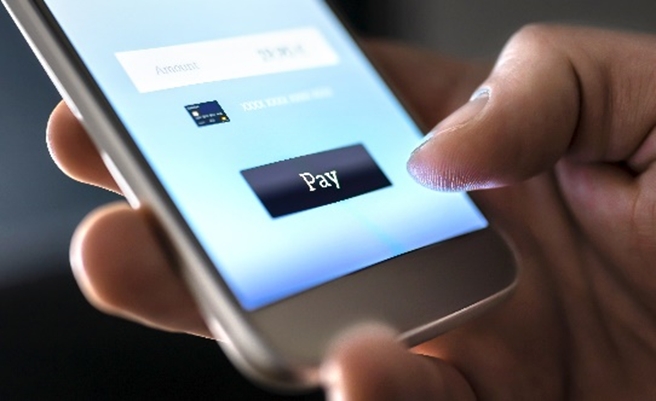 Second option: The other possible direction for the market is that smaller e-wallet start-ups will engage in product innovation beyond the payments segment. We can see relevant examples from throughout the world. Paytm, a popular e-wallet in India, offers gaming services through its Paytm First Games brand which has more than half a million active daily users. E-wallets also have opportunities for expansion through avenues such as merchant loyalty programs, customized financial guidance or planning tools.

Time will tell which precise direction the GCC fintech market will take. However, after Western Union’s investment in stc pay, rapid growth looks a certainty.

About the authors:
Jorge Camarate and Jad El Mir are partners, and Dr. Antoine Khadige is a principal with Strategy& Middle East, part of the PwC network.