SpeedChecker, the mobile crowdsourcing company released a new report on the performance of mobile networks in Tunisia. This report is part of an ongoing commitment from SpeedChecker to benchmark the true user experience in Africa. The SpeedChecker report has been compiled using data from 25,424 mobile devices performing 59,133 tests in March 2021.

Tunisia consumers are well-served in terms of both speed and latency following the first stages of implementation of Digital Tunisia 2020 . Regulatory measures and infrastructure projects have been instituted aimed at improving internet connectivity to under-served areas. Tunisia has ambitions to improve further still although this will be delayed with parts of its plans being put back to Digital Tunisia 2025 because of the impact of COVID. 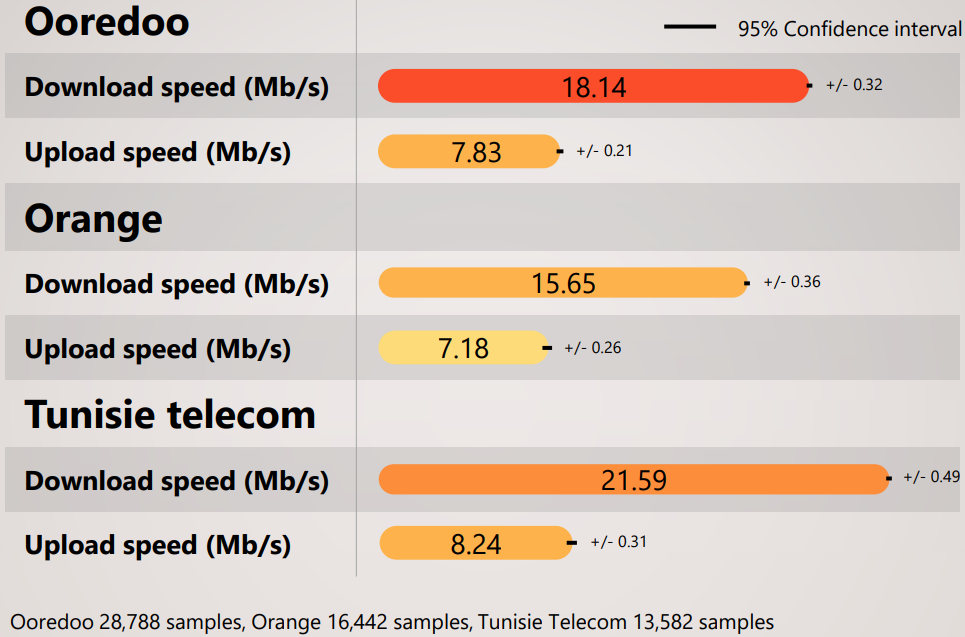 This impressive performance has been achieved by each of the top 3 operators in Tunisia: Tunisie Telecom and Ooredoo have download speeds around 20 Mb/s with Orange not far behind at 15 Mb/s.

The full report also shows that they all have very good (70 - 90 ms) latency speeds.

The following map shows that Tunisie Telecom has the most consistent performance across the country with Orange and Ooredoo performing less well in the north west and south of Tunisia but good elsewhere. The full report includes a table showing speeds per region in Tunisia. 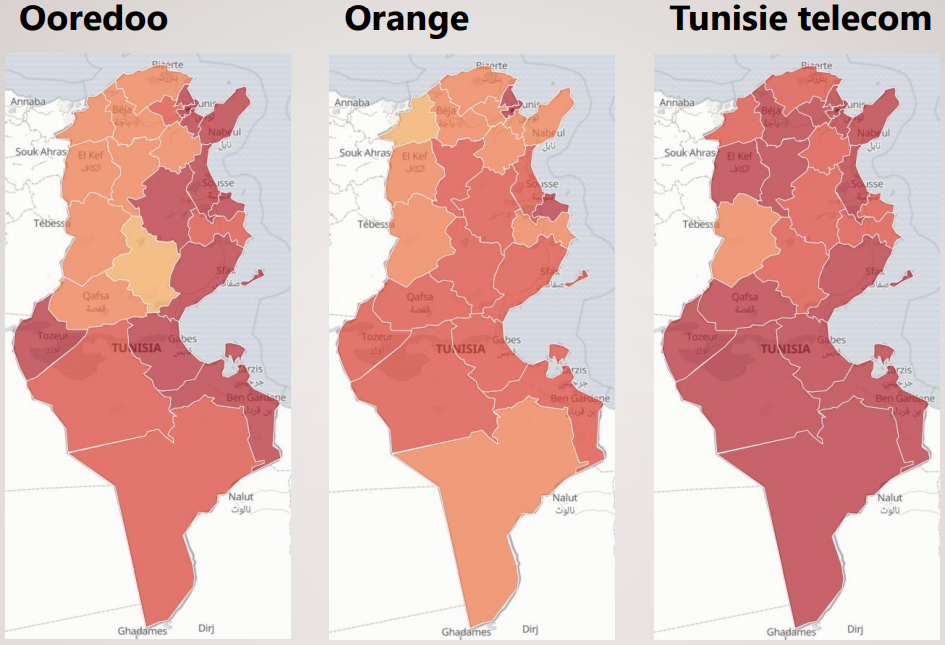 The last map shows a similar pattern with Tunisie Telecom being more consistent and Orange / Ooredoo performing less well in some parts of Tunis. 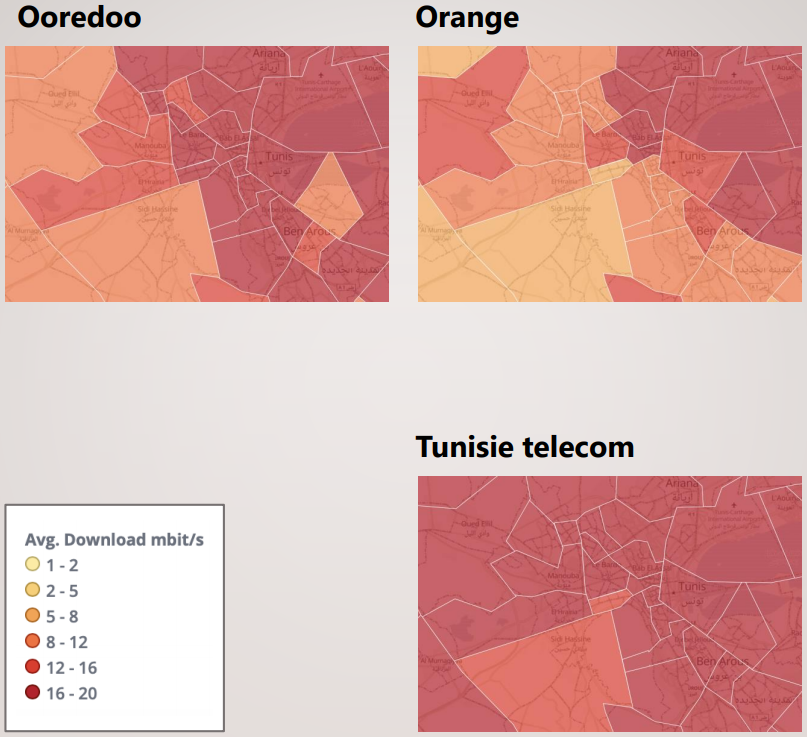 The full report including data collection & measurement methodology can be found here:
https://www.speedchecker.com/public/pdf.html?file=user-experience-on-mobile-networks-tunisia-march2021.pdf