With renewable energy expected to be the largest single source of electricity growth in the next five years, according to the International Energy Agency (IEA), and based on the vision of His Highness the Amir of the State of Kuwait, Sheikh Sabah Al-Ahmad Al-Jaber Al-Sabah, calling for 15% of Kuwait's electricity consumption to be sourced from renewable energy by 2030, stc has taken the steps to implement its green power solutions to reduce carbon dioxide emissions (the most common global warming gas) caused by generators burning diesel fuel.

With the lack of commercial power at some of stc’s live networks sites, the Company uses generators as a power supply, which consumes more than 13 million liters of diesel fuel each year. Additionally, the generators also require frequent maintenance which comes at an added cost.

In 2017, stc started planning for green energy initiatives to power its remote sites to reduce the operating time of diesel generators on the entire network to save costs and reduce its environmental footprint. The designs incorporated state-of the-art technology with the latest generation of the solar-battery-diesel generator hybrid system. The solution uses solar panels and generators to charge high cycle lithium-ion batteries to store energy as a main source of power for telecom equipment in tower cell sites. The generator will only work when the batteries are fully discharged. 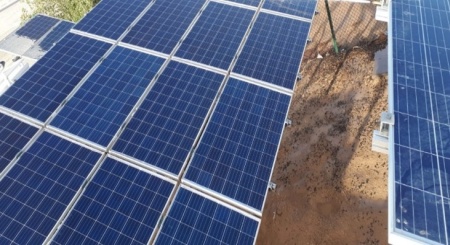 In 2018, stc successfully completed the development of the Battery-DG hybrid system in 250 remote tower cell sites, which lead to considerable reduction of DG running time from 24 hours a day to less than 12 hours. The Company successfully reduced overall fuel consumption by a total of 2.5 million liters per year hence a major reduction in its carbon footprint. This achievement demonstrates the Company’s will to follow on its commitment to adopt sustainable, green and energy efficient solutions in its industry.

Taking into consideration the weather conditions in Kuwait, with temperatures reaching over 50 degrees Celsius in summertime. This solution uses the latest lithium-ion high cycle batteries and DC power air conditioners to reduce the cooling power consumption of air conditioners in the equipment room. 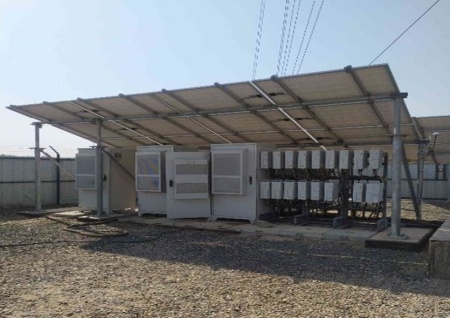 stc believes that overcoming challenges by developing sustainable solutions is not a sprint but a marathon that requires long-term commitment, a carefully planned strategy, and the proper execution. As a leader in the ICT sector in Kuwait, stc continues to develop and deploy solutions to reduce the impact of its operations on environment. stc is also dedicating its efforts towards implementing environment friendly solutions through digitization and automation. The Company’s recent developed Procure-To-Pay (P2P) program, designed to automates processes, resulted in a major reduction in the number of papers required to be used or printed out in the day to day operations. This initiative serves as another contribution to the steps taken by stc to protect and preserve the environment in line with its corporate social responsibility agenda.