Progression and Potential: The DSA Highlights the Importance of the 6 GHz Band for Unlicensed Access and Wi-Fi 6

According to Ofcom UK, the growing use of Wi-Fi is causing heightened expectations from consumers as to the capacity of their broadband as they begin to access ultrafast and full-fibre technology. This comes as a result of the arrival of innovative applications such as Augmented Reality (AR), Virtual Reality (VR) and Ultra High Definition video in residential, corporate and public environments. As the popularity of wireless devices increases among society, so too does the demand for connectivity, high throughput and low latency. The 6 GHz band presents a golden opportunity to address such demand immediately. Making this band available for Wi-Fi and other related wireless technologies on a license-exempt basis is crucial to enable new, innovative applications and address some existing problems of slow speeds and congestion. For example, Wi-Fi 6 will increase network efficiency by more than four times and deliver up to 40% higher peak data rates for a single client device. Such technologies will also bring with them important security improvements, battery life extension in client devices and the possibility to handle many more devices in the same network.

Laying Foundations for the Next Generation
Wi-Fi currently carries over 70% of data traffic. To keep up with such demand and technological advancements, Wireless and Radio Local Area Networks (WLAN/RLANs)1 can now utilize wider channels to provide wireless gigabit broadband inside homes and buildings, which was not possible with previous generation wireless technologies. In doing so, WLAN/RLAN will offload data from cellular 5G technologies; a process that is expected to increase from 74% to 79% by 2022. This will lower the costs of network deployment for mobile operators and for edge investment by neutral hosts and third-party providers (e.g., cable companies, enterprises that want to build private 5G networks to run factories). Furthermore, combined with high capacity backhaul, it will also allow gigabit class networks to be deployed in rural and suburban environments. Consumer costs will definitively be lowered.

The 6 GHz band (5925 – 7125 MHz) presents an important opportunity for more efficient spectrum use; it is crucial to allow unlicensed access in this band to lay stable foundations for innovation. As technology advances, regulators have the opportunity to utilize the emerging spectrum sharing techniques to address the increasing demand for unlicensed wireless devices and Wi-Fi 6 whilst also protecting incumbents in this band, i.e. fixed and satellite links that are key for backhaul and coverage.

Three different unlicensed operating classes have been identified in the 6 GHz band: Very Low Power Portable (VLP), Low Power Indoor (LPI) and Standard Power. The Federal Communications Commission (FCC) and several European spectrum authorities have studied a variety of mitigation techniques and proposed rules for the protection of incumbent services, allowing for those services to grow while meeting the demand for wireless broadband services.

By enforcing appropriate sharing conditions within the 1200 MHz of the 6 GHz band, more spectrum can be freed for use by other services without interference. One of the most anticipated advancements by consumers is next-generation Wi-Fi 6, offering stronger connections, wider reach and lower latency. Using the 5.9 GHz and 6 GHz bands to support its deployment by tripling the Wi-Fi spectrum, Wi-Fi 6 networks can be implemented in several environments, including home, business and leisure settings, providing users with constant connection.

The Importance of Wi-Fi 6
A slow internet connection without a feasible solution results in a disrupted service and dissatisfied users. The disruption also draws the applications industry to a halt as they become unwilling to release ground-breaking apps without a reliable platform. 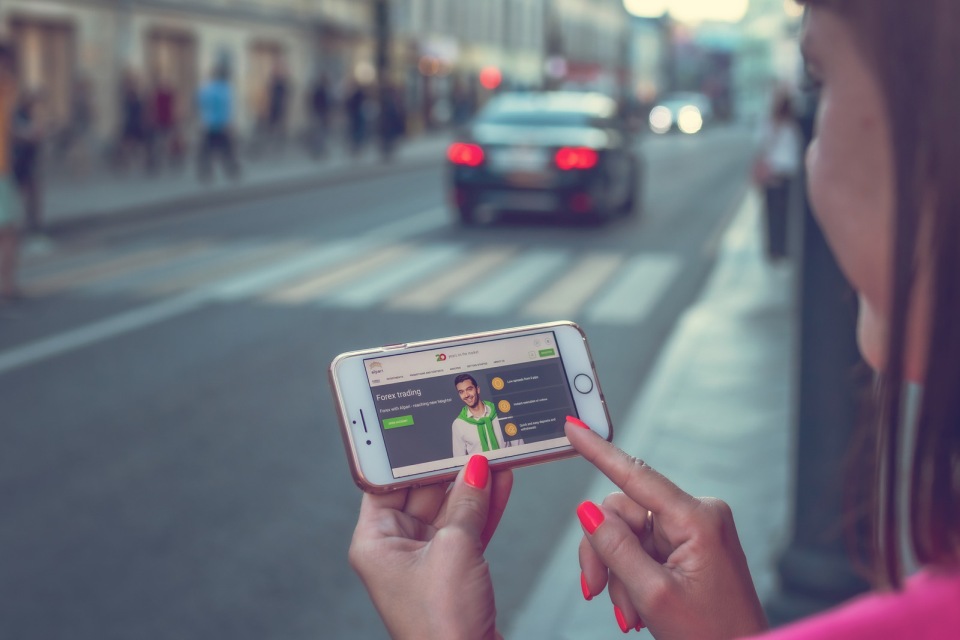 Wi-Fi 6 eases this cycle of expectations by implementing Orthogonal Frequency-Division Multiple Access (OFDMA) to allow the transmission of multiple signals at any one time by splitting them and sending them over different frequencies. By allocating each signal its own specific frequency to streamline the transmission, congestion is alleviated. This combined with the upgrade that Wi-Fi 6 will bring to MU-MIMO technology results in an increased number of communication routes, meaning that more data can be transmitted. In fact, the technology offers speeds up to 40% faster than its predecessor and allows for multiple devices to be operational at once without disruption. This will revolutionise Wi-Fi technology and, therefore, the connection experience for users, especially in densely populated areas such as cities, conferences, stadiums, apartment buildings and office spaces.

The introduction of Wi-Fi 6 will bring with it security upgrades following last year’s implementation of the new Wi-Fi Alliance WPA3 security protocol as a standard requirement for all Wi-Fi 6 devices. Wi-Fi 6 also brings increased efficiency to the battery life of devices by introducing Target Wake Time, allowing the device to plan its communications with the router to ensure that it is only actively updating and receiving transmissions when required.

As the number of IoT devices rises, projected to reach 13.4 billion devices and connections per capita in the US and 3.6 billion worldwide, Wi-Fi 6 is vital to bridging the gap in connectivity that exists globally. The Automated Frequency Control spectrum sharing technology that Wi-Fi 6 utilises makes it a complimentary service to many other technologies including CBRS and 5G, which ultimately supports a network that establishes and upholds strong, broad coverage. With the amount of Wi-Fi 6 hotspots expected to grow 13-fold globally to 628 million by 2023 – accounting for 11% of all public hotspots – this will increase the global reach of internet connectivity, impacting communities worldwide, as well as increase the potential for connectivity in already digital societies. Ultimately, Wi-Fi 6 is a crucial contributor to this next generation of dynamic spectrum management.

The Future of Wi-Fi 6
The future of Wi-Fi 6 sees the utilisation of the spectrum being broadened with the use of larger bandwidth channels in the 6 GHz band; easily expandable from the already heavily used 5 GHz band. By harnessing larger bandwidth channels, this new Wi-Fi frequency will act as an instant pathway to faster connection speeds free of congestion. This increased range and efficiency of data transmission will therefore be boosted further, allowing for a greater potential of Wi-Fi usage to be realised in the industry.

With operators now embracing the introduction of Wi-Fi 6 to their networks and routers, its roll-out to the mainstream consumer is moving rapidly. It is expected that a multitude of Wi-Fi 6 compatible devices will see their release throughout this year, with 56% of new devices harnessing the technology by 2022. This indicates that a range of brand new, cutting-edge technologies will also be released in the future, eliminating the barriers that gaming, smart home and IoT industries previously faced.

Wi-Fi 6 and the DSA
The DSA advocates for policies that promote unlicensed and dynamic access to spectrum to unleash economic growth and innovation. Spectrum authorities should target a balanced regulatory approach between licensed, license-exempt (unlicensed), and lightly licensed, to enable making unused spectrum available for broadband.

The DSA advocates for more unlicensed spectrum to be allocated to Wi-Fi networks and wireless devices. This is important to future innovations in augmented and virtual reality (AR/VR), as well as advanced peripherals and in-car connectivity that will accelerate the deployment of 5G capable networks. A large number of new use cases, including these and beyond, will emerge from the evolution of Wi-Fi 6 and the harmonization of 6 GHz, positively impacting citizens and businesses.
The introduction of Wi-Fi 6 would expand the possibilities for connection not only in well-developed areas of the world, but also in less-developed countries wherein connectivity is sparse, yet crucial for improving citizens’ quality of life. Regulators should conscientiously allow a license-exempt use of the 6 GHz band, enabling Wi-Fi 6, to ensure that the accessibility of this new, vital technology has no limitations and reaches its full potential and audience. This way, it is far more likely that those who need connection most will receive it without it being capitalised upon. Wi-Fi has rapidly become a crucial tool in our global society and is no longer a luxury. Wi-Fi 6 has the potential to improve lives worldwide, relieving and meeting the needs of both developed and developing countries.

About the author
Since May 2019, Dr. Martha Suarez is the President of the Dynamic Spectrum Alliance DSA, a global organization advocating for laws and regulations that will lead to more efficient and effective spectrum utilization, which is essential to addressing key social and economic challenges, worldwide.