A Digital Entertainment Leap into the Future Fueled by COVID-19 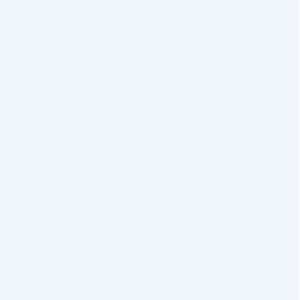 Never has the vitality of the internet been highlighted as it is now, with the world experiencing an exceptional state of lockdowns and social distancing across most essential activities from education to business and entertainment. Most of these realms are moving almost exclusively to the online world, while the online world itself is reshaping as industries scramble to keep pace with emerging demands.

The World Economic Forum has identified digital entertainment as one of the top 10 key technology trends in 2020, resulting from a worldwide closure of cinemas, theatres, events, and sporting venues. Significant shifts have occurred in audience behavior as viewers turn to digital options to fill the void left by those closures. As a result, video streaming applications have topped global application spending in the first quarter of 2020, with overall worldwide content streaming consumption rising by 51% as of March.

Realizing the opportunity and significance of those shifts, MENA’s leading digital entertainment entity “Intigral” has upped its game by continually expanding the library of its flagship OTT service Jawwy TV with new and interesting content including originals and exclusives, in an effort to keep pace with the skyrocketing demand, all while fulfilling the diverse tastes, preferences, and needs of audiences in the region, whether entertainment, cultural, or educational.

Thanks to this strategy, the Saudi homegrown company highlighted a remarkable growth in overall consumption and viewership rates on Jawwy TV for the first quarter of the year. During March 22nd to April 5th, the Jawwy TV app saw a 47 percent spike in average weekly consumption hours as compared to the period extending from February 22nd to March 21st. In parallel, the number of unique viewers rose by 42 percent over the stated period.

During May, and corresponding with the month of Ramadan which usually witnesses a surge in viewership rates in MENA, even further growth has been achieved this year. Linear TV offerings on Jawwy TV saw a surge in consumption by 70% and an increase in playtime by 58% during the first two weeks of Ramadan.

The platform had prepared a rich array of content in collaboration with some of the region’s top production companies, adding original and exclusive titles encompassing GCC, Egyptian, Levantine, and Bedouin culture productions, as well as modern and appealing children's programs produced using world-class technological systems.

Moreover, “Intigral” extended its reach beyond digital entertainment and reiterated its social responsibility commitments during those difficult times by broadcasting iEN educational channels launched by the Saudi Ministry of Education for free on Jawwy TV for all existing and new subscribers. iEN offers twenty varied educational channels covering a wide range of school subjects that target primary, middle, and secondary academic stages. They offer a reliable alternative remote education solution and contribute to the preventive and precautionary measures set in place to safeguard the health and wellbeing of the Saudi society.

While the future of the pandemic remains uncertain, the outlook seems bright for digital entertainment. Accelerated by COVID-19, Intigral is ramping up efforts to pivot its operating model towards full digitalization. With that in place, it strives to become the #1 regional platform that enriches people’s daily routine by bringing them the best of entertainment through world-class digital experiences.