What is Loon?
Loon is an Alphabet company based in Mountain View, California in the United States. We are working tirelessly to bridge the digital divide through the use of balloons traveling on the edge of space. At this point, SAMENA Trends readers probably have read this sentence a few times. Balloons? On the edge of space? To solve the enormous global challenge that billions of people around the world lack access to the Internet?

That’s right! Loon is developing and deploying technology to bring the benefits of the Internet to everyone. Loon balloons travel in the stratosphere, acting as floating cell towers, to deliver connectivity to people in unserved and underserved areas around the world. And these balloons aren’t your everyday party balloons. Loon’s balloons are made from sheets of custom-developed polyethylene. Each tennis court-sized balloon is built to last more than 150 days in the stratosphere before landing back on Earth in a controlled descent. In fact, a Loon balloon just passed the 223 day milestone, breaking our previous record of 198 days. Loon balloons are designed and manufactured to endure the harsh conditions in the stratosphere, where winds can blow over 100 kilometers per hour, and temperatures can drop as low as -90 celsius. 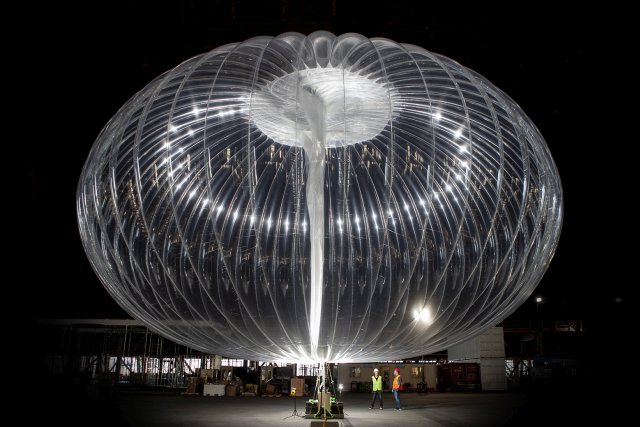 A Moonshot from California
Prior to July 2018, when Loon became an independent company in the Alphabet family, Loon began its life as “Project Loon” at Google X, the Moonshot Factory (Alphabet is the parent company of Google, so Loon and Google are sister companies). Google X’s mission is to create radical new technologies to solve some of the world’s hardest problems. We all can agree that one of the world’s hardest problems is that traditional, ground-based infrastructure is limited in its ability to provide Internet access to those in remote or hard-to-cover areas. Additionally, traditional ground-based infrastructure is vulnerable to destruction in natural disasters. Because Loon’s balloons navigate wind currents 20 kilometers above the Earth, they can be arranged in small clusters to provide periods of prolonged connectivity down below. What started as an idea at the Moonshot Factory several years ago has come a long way: Loon balloons have flown over one million hours in Earth’s stratosphere. In all of those hours aloft, Loon’s balloons have traveled nearly 40 million kilometers — enough to make 100 trips to the moon or circle the Earth 1,000 times.

Partnering with Mobile Network Operators
Loon itself is not a telecommunications service provider. We partner with Mobile Network Operators (MNOs) to expand the reach of their service. The MNO has the customer relationship, while Loon serves as the infrastructure provider or “cell tower in the sky.” Together, we help expand coverage into remote and rural locations, upgrade existing networks, and also provide expedient coverage after natural disasters. How do users actually receive their Internet connectivity via Loon balloons? A wireless Internet signal is transmitted to the nearest Loon balloon from our MNO partner on the ground using a Loon-provided ground station. That signal is relayed across the Loon balloon network and down to users on the ground. In order for users to connect to the Internet whenever a Loon balloon is overhead, they need the sim card of our MNO partner in that country and a standard LTE handset.

Each balloon has a coverage area of around 5,000 square kilometers, which is significantly greater than traditional ground-based cell towers, which have a reach of about 50 square kilometers. Currently, we are preparing to deploy commercial service in Kenya with our partner, Telkom Kenya. In Peru, we were able to deliver support with our partner, Telefonica, in the Loreto region after a recent earthquake. We also were able to provide service after Peru’s devastating 2017 floods. And this is just the beginning - Loon is constantly talking to MNOs around the world about potential partnerships.. 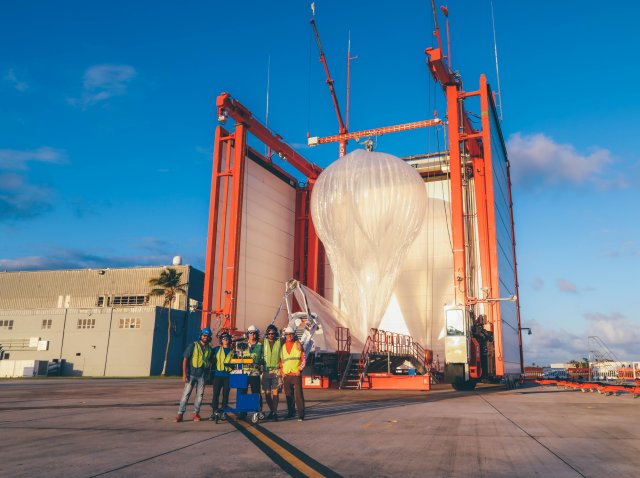 Ready, Set, Launch!
At Loon, we have developed flight equipment (also known as the “payload”) for our balloons that is highly energy efficient and is powered by renewable energy. Solar panels power the system during the day while charging an onboard battery to allow for nighttime operations. Our balloons also carry the antennas that transmit connectivity from ground stations, across a balloon mesh network, and back down to the user’s LTE phone. The flight capsule holds the brains that command and control the Loon system. A parachute automatically deploys to guide the balloon safely back to Earth after its flight.

We launch our balloons from sites in Nevada and Puerto Rico, depending on the winds. Our custom-built, two-story tall Autolaunchers are designed to launch Loon balloons safely and reliably at scale. Side panels protect the balloon from the wind as it is filled with lift gas and positioned for launch. A crane points downwind to smoothly release the Loon balloon up into the stratosphere. Each launcher is capable of launching a new balloon into the Loon network every 30 minutes.

Navigating the Wind
Loon balloons can reach countries around the world from our launch sites by navigating the wind. In the stratosphere, different wind currents exist at different altitudes. By moving up or down into these different currents, balloons can change speed and direction and navigate to where we need them to go. Predictive models of the winds and autonomous decision-making algorithms help the balloons navigate efficiently. Loon’s entire navigation system functions autonomously using our custom software. By moving with the wind, Loon balloons can be arranged into small clusters to provide periods of prolonged connectivity in a defined area. One balloon moves into place just as another one leaves. Originally, Loon envisioned creating rings of balloons sailing around the globe, and balloons would take turns moving through a region to provide service. Advances in the understanding of wind currents in the stratosphere, combined with improvements to the software algorithms that help balloons navigate, have allowed us to cluster balloons over specific areas. This helps maximize the time balloons are spending over areas where people need service. In fact, during a test in 2016, Loon engineers managed to keep a balloon in Peruvian airspace for 98 days. The team has since improved on our techniques to increase the amount of time one balloon can remain over areas needed service. 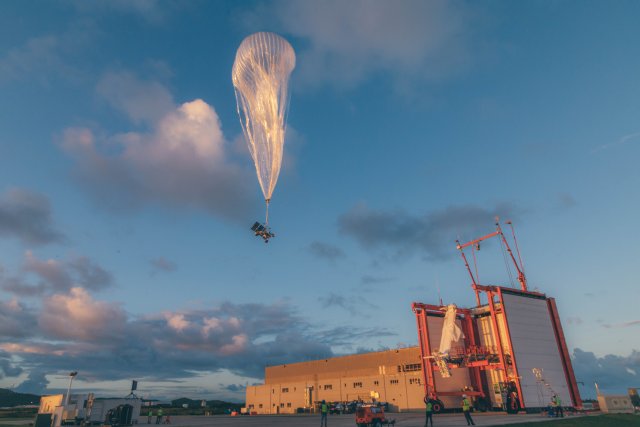 Aviation Safety - Our Number One Priority
Loon operates at an altitude nearly twice as high as commercial aircraft. Because we operate in air space, Loon secures necessary approvals in all locations where we operate. Safety is critically important to our operation and mission, so we adhere to or exceed the international standards for unmanned free balloons set by the United Nations’ International Civil Aviation Organization’s (ICAO). These ICAO standards are recognized by the vast majority of countries around the world. Loon maintains continuous telemetry and command links with every balloon, tracking the location using GPS. When a balloon is ready to be taken out of service, the lift gas keeping the balloon aloft is released and the parachute automatically deploys to control the landing. Descents are coordinated with local air traffic control to land the balloon safely in a sparsely populated area. We have a team in Mountain View dedicated to managing balloon retrieval and analyzing the balloons when they return, and we have trained recovery teams around the world, on call to retrieve the balloons for reuse and recycling after they land.

Ready for Flight
We are thrilled to share the Loon story and look forward to continuing the conversation. Loon will be at the upcoming Mobile World Congress in Barcelona from 24 to 27 February, 2020. I also welcome you to contact me in Mountain View at juliekearney@loon.com. Please follow us at www.loon.com and on LinkedIn. We’ll see you in the stratosphere!